The Hardware Design of Newest LoRa Transceiver SX1262 Based on Semtech

Built in LNA, the highest receivingsensitivity of SX1262 reaches-148dBm and the transmitting power can reach+22dBm at most with PA. SX1262 has two power distribution system: LDO and highefficiency step-down DC-DC converter. With DC-DC, the lowest receiving currentcan be 4.2mA, which realizes the real low power consumption. The integrateddigital interface of SX1262 interact data with other devices via the SPI.

2) RF circuitis divided into TX circuit and RX circuit, which are separated by RF switch.

3) The L7connection can make the SX1262 adopting the high-efficiency step-down DC-DCconverter as power distribution, which features lower receiving current.

Figure2 The circuit diagram SX1262 based on XTAL an DC-DC

2)RF circuit is divided into TX circuit andRX circuit, which are separated by RF switch. 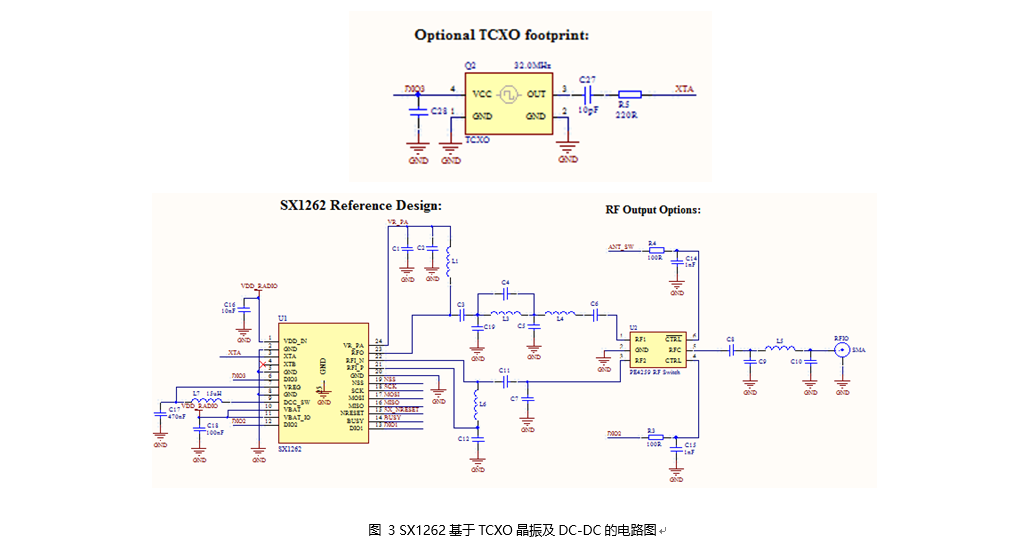 2)RF circuit is divided into TX circuit andRX circuit, which are separated by RF switch.

Figure4 The circuit diagram of SX1262 based on XTAL and LDO

With TCXO or XTAL option, take below PCBlayout as reference 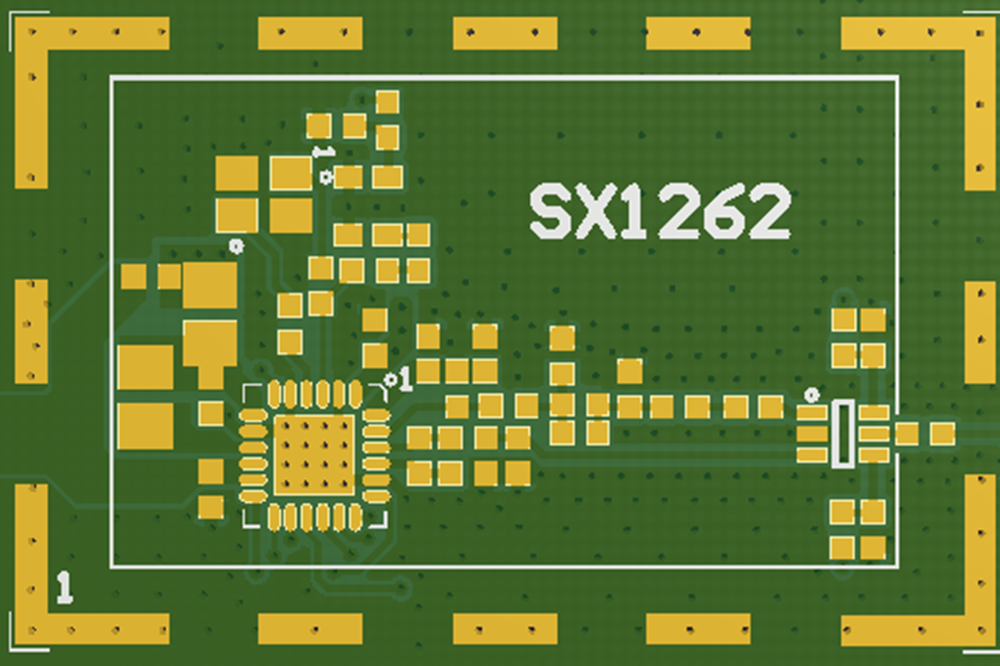